Welcome Mandy Eve Barnett with her Selfie of "THE RYTHON KINGDOM" 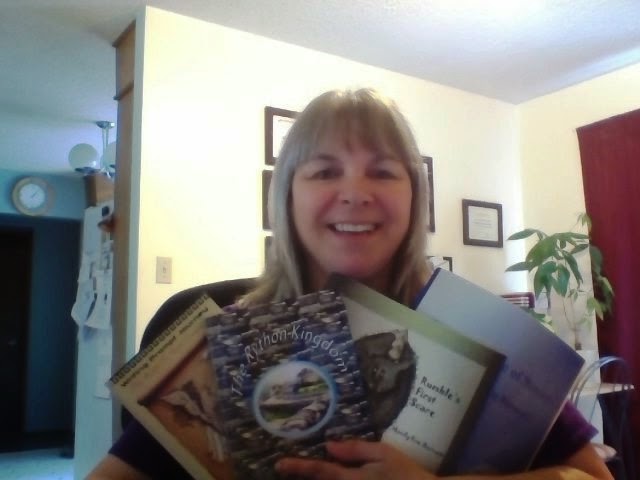 
Mandy currently lives in Alberta, Canada but is originally from England. She is passionate about writing to the point of obsession and she succeeded in becoming a published author in record time. September 2011 saw the launch of her first children’s book, Rumble’s First Scare. In August 2012 her adult fantasy e-book, The Rython Kingdom was released on Smashwords, and Amazon. Mandy recently collaborated in creating a ‘how to’ write your memoir workbook, Your Lifetime of Stories. Mandy second children's book, Ockleberries to the rescue was released in October 2014. Mandy is now editing a cowgirl romance novel, Willow Tree Tears, and a thriller, mystery, The Giving Thief.


The famed troubadour, Guillem, attends the king’s court to recite a marvelous tale but his suspicions are raised by a strange servant. With the help of a wizened old woman and her beautiful granddaughter, Guillem attempts to outwit a witch to save the kingdom from murder and mayhem. He then finds himself part of a ritual for life everlasting with the entrancing and mysterious Juliana.


Like a magical fairytale of olde, this battle between ancient scaly evil and noble valour is a spell-binding page-turner. You feel as if you are seated at the king’s table, feasting among ladies and knights, and listening to the troubadour tell tales within tales. This novella is nicely done!

Thank you for taking the time to comment. It is appreciated.